If you are learning Ruby you have definitely have to check out “Why’s Poignant Guide to Ruby”, which is probably the most fun to read an introduction to the Ruby programming language ever.

But who is this guy called “_why” and why shoud I read his guide…?

It’s author, why the lucky stiff (or in short “_why”) was as creative mastermind who massively influenced the Ruby community with his works. The community was shocked when he (or rather his online persona “_why” — nobody knew his real name) suddenly disappeared back in 2009 and took all of his source code and web sites offline. 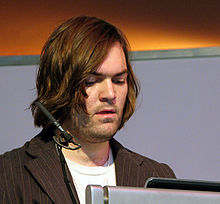 His disappearance keeps being a mystery, but his works are still famous and considered “classics” among Rubyists. There is a backup of all his contributions available (including source code, libraries, writings, music, comics and other artworks) if you are curious.

Also, the smashing magazine published an insightful article about _why and his works.

Why the Lucky Stiff (or _Why for short) was one of the brightest and most inspiring programmers in activity. He became famous through a series of blogs and through the incredible amount of open-source projects that he maintained over the course of more than seven years

(the smashing magazine: _Why: A Tale Of A Post-Modern Genius)

Coming back to the poignant guide: so why should you read it?

=> because it’s simply the most fun and entertaining way of learning Ruby! :–)

While the original website is down, there is a mirror of the poignant guide online where you can still read the book in HTML or PDF form.

Hey there, my name is Torben Knerr.